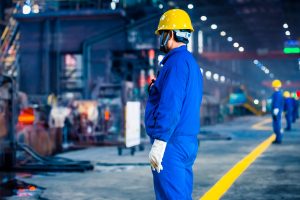 What are the different types of pipe testing methods?

Steel pipes are used everywhere, from plumbing systems to a wide variety of structural applications. To ensure that these pipes can perform under different levels of environmental stresses, they have to undergo a series of pipe testing methods. The types of testing can be classified under destructive and non-destructive testing. Since almost all pipes will inevitably be subject to wear and tear, corrosion, cracking, and other manufacturing defects, testing methods are crucial in predicting their behavior.

As the name suggests, non-destructive testing or NDT involves the implementation of techniques that do not lead to any physical damage to the specimen. Some examples of NDT include ultrasonic testing and magnetic particle inspection. Meanwhile, destructive pipe testing can include hydrostatic, Charpy impact, or pipe notch testing methods — all of which are designed to measure the pipe’s performance and failure.

Understand that whenever you’re purchasing steel or any kind of pipe, pipe testing is crucial. This is conducted by your manufacturer or supplier to guarantee that the pipe is fit for its intended use. Read on to learn more.

For pipes that need to be used for transmitting fluids at a certain pressure, hydrostatic or hydro testing is applied to determine the pipe’s risk assessment for breakage and leaks. Hydro tests are usually conducted after pipelines have been shut down and repairs have been made in order to confirm that the piping equipment will still be fit for operational use under certain conditions.

Hydro testing starts by fully filling the material with water, vacuuming the air present, and then pressurizing the entire system up to 1.5 times its pressure limit. The unit is maintained in this condition for several hours or minutes, as determined by the inspector. During this time, they will conduct visual examinations on the pipe and check if there are any potential signs of leaks and cracks. For improved visibility, testing engineers will oftentimes include additives to the fluid — either a fluorescent dye or a tracer to accurately trace the source of the leak.

By pressurizing the pipe almost twice the recommended pressure load, hydrostatic testing provides proof of the pipe’s strength under extreme environmental conditions. With this information, petrochemical industries or plumbing companies can set safety margins for the usage of the pipes. 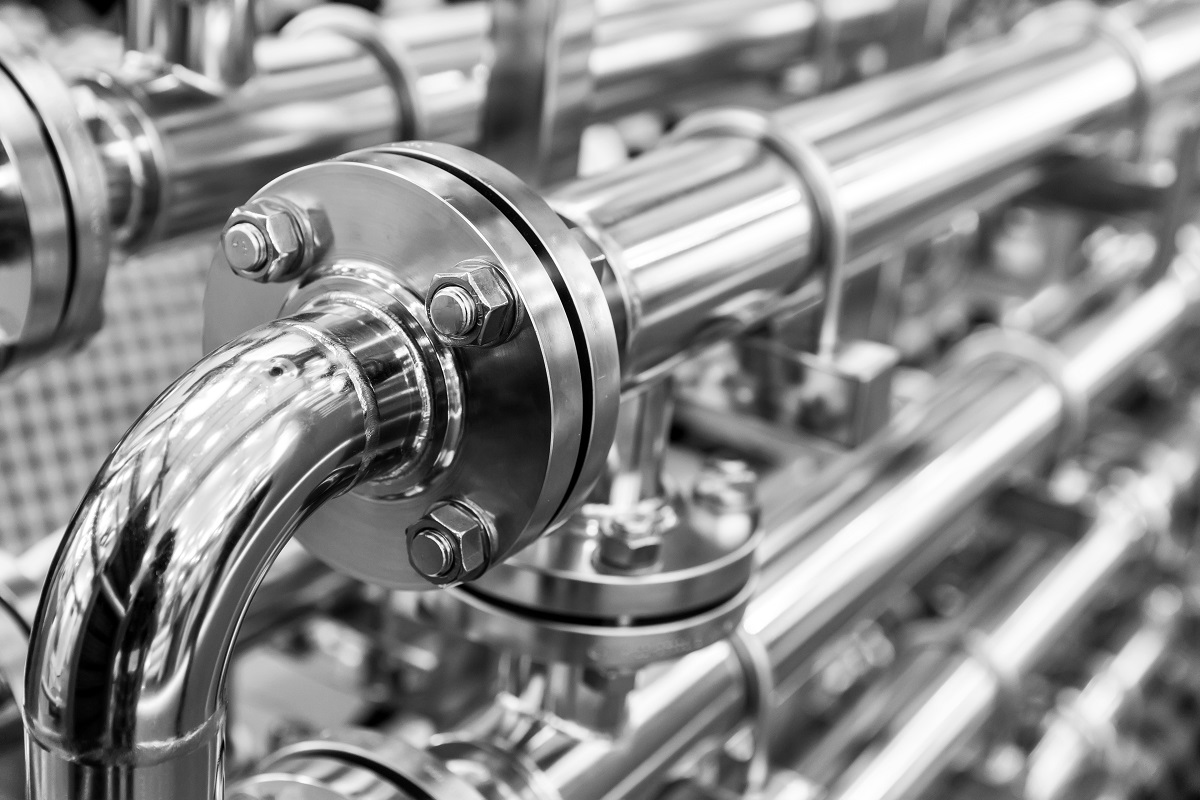 As previously discussed, magnetic particle inspection is a form of non-destructive testing, unlike the hydrostatic method. The aim of this method is to identify if there are any linear flaws present near or on the surface of the pipe, especially when it is a ferromagnetic stainless steel grade — 403, 430, and 439 are some examples.

Since only surface identification is involved in magnetic particle inspection, it does not destroy parts or the entire pipe itself. Likewise, it is capable of identifying locations prone to surface breakage, cracking, poorly-welded joints, pores, cold laps, and the like.

For this technique, the most popular and versatile method involves a yoke magnet, strippable white paint, and magnetic “ink” that contains powderized iron particles in a liquid base. A certain area of the pipe will be magnetized, and if there are any surface defects present, the iron-liquid compound will deform around them.

Another destructive pipe testing technique, the Charpy impact design is designed to measure the toughness of the pipes. This is most commonly performed on notched pipes or pipes that have been joined together on the side to create a bend or a joint.

In this test, a weighted pendulum is placed in a controlled environment, where it is swung from a height. The impact on the material is the measurement of how much energy the pipe absorbed upon impact or fracturing.

Some advantages of the Charpy impact test are that it’s easy to perform, cost-effective, and allows piping manufacturers to determine the quality and strength of their product. However, the results are often qualitative in nature, which means they have to be compared with one another for improved accuracy. 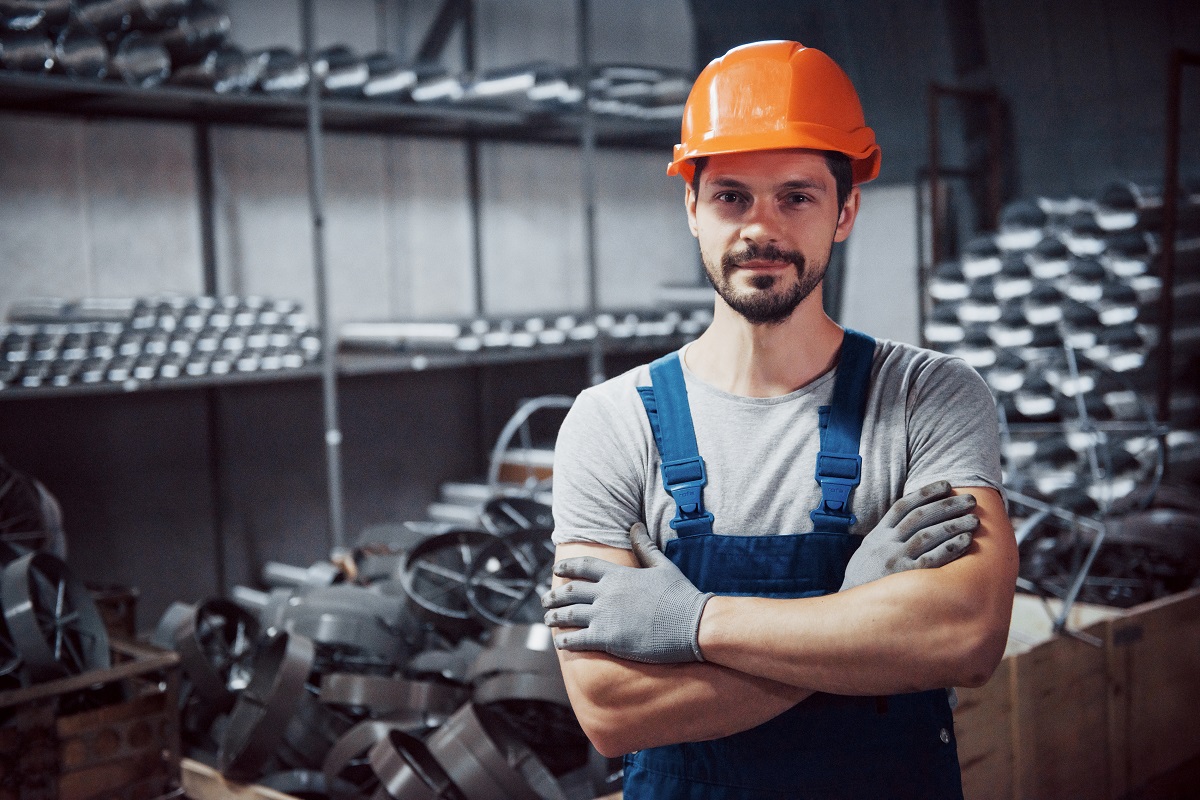 Ultrasonic is defined as the vibration of frequencies that measure above the upper limit of the human audible range, greater than 20 kilohertz. Unlike previous testing methods which are suited for identifying strength, toughness, or ductility, ultrasonic testing is done to determine the pipe’s wall thickness or its internal structuring.

Through the pipe’s surface, an ultrasonic sound wave is transmitted and allowed to bounce off inside its walls when it encounters another medium, such as air. At this point, the sound waves reflect back to the source, where the rate of travel is measured. All of these are made possible by electronic transducers that can produce visualizations of the pipe’s properties. Aside from wall thickness, it can also determine weld indentations, fractures, and moving components, if any

Ultrasonic testing has also been reliable because once wall thickness is properly identified, it can provide useful information for the inspector regarding corrosion and other potential imperfections. Post-processing techniques are thus implemented as a result.

When understanding the different pipe testing methods, the types are essential in determining the behavior of the pipe under certain conditions. Several of these tests are non-destructive in nature, meaning they do not result in damage to the original specimen or pipe. Instead, they are conducted to identify certain physical properties of the material. Whereas in non-destructive testing, the object is deliberately subject to impacts to test its level of ductility, brittleness, or toughness.

Before buying steel pipes, or any other material for that matter, a good practice is to ask the manufacturer or supplier if they conduct any of these tests on the list. Only then can you be assured that the pipes will meet their specifications for use, especially where impacts, temperature, and pressure are concerned.